This weeks horse profile from Margaret & Rebecca is Shamus

Dam Have to go

A naughty boy!!! He was big and unruly and   had learnt lots of naughty tricks including getting his rider off and trotting home!

Dressage He has never competed at a Dressage competition but he has had lots of lessons and is actually very trainable once you get through his attitude!!

Show Jumping The first year we had him I did all the little shows on him he loves Jumping and won a few classes he is not bothered about scary jumps which is surprising as a blade of grass can stop him for 10 mins out hacking.

Cross Country Stacey and I have both been round x countrys on him, He loves it and jumps everything in front of him.  He has terrible wind so has to work hard to get enough air to survive but he is very willing and enjoys it.

Showing He was supposed to go to Duns show this year but I could only take 3 horses and we had to do a vaulting demo in the main ring on Grass which is not his idea of fun so he got left at home.

Hunting I have hunted him a fair bit and apart from being quite strong he is the perfect hunter. Stands and watches gallops and jumps and is great with all the hounds. I pick where I take him as his bad breathing makes the hills hard work.

When he became a Vaulting horse and where he competed? He started vaulting the day he arrived and was actually very easy to train. He was the youngest horse I had stared so I took my time with him, He has attitude that I have learnt to live with he hates the music in the arena so we have to do a lot of his training in Claudia's outdoor arena where he is perfect even with huge lorries driving past. When we started training him his party piece was go perfectly for half the circle then gallop to the top of the arena and stand in the corner, to this day when he gets stressed that’s what he does. His first competition was the Scottish Championships 2013 where he was perfect

When he became an International horse? His first year competing international was 2014 he went to France and Belgium and was selected with 3 Junior Individual for the Europeans in Hungary where he got the best horse scores of the competition. He then went to The World Equestrian Games in France with Team Canada. He has done every world and European Championships since then his highlights being 6th in the World with Squad in 2017 and 4th in Europe with Squad in 2018.

When he came to Sunnyside and began helping RDA? He arrived December 2012 and took me a long time to think he would be sensible enough to join in with RDA! He eventually went in 2016 with Alice as his rider she has probably ridden him the most and suits him as she doesn't bother him, he's a tricky horse as you have to be really nice to him to get the best out of him even when he is being very annoying.

Regional and National Championships I don’t think he will ever be sensible enough to be allowed out to such things but as he gets older you never can tell!!!!

What he is doing while we are not doing RDA? He is continuing his work as normal. Shamus had a holiday all winter so we are working his fitness back up and trying to keep his brain engaged. He is a lovely horse to ride but can go off on his own agenda every so often!!! 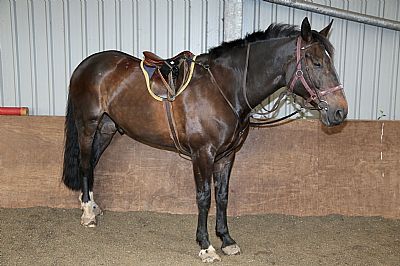 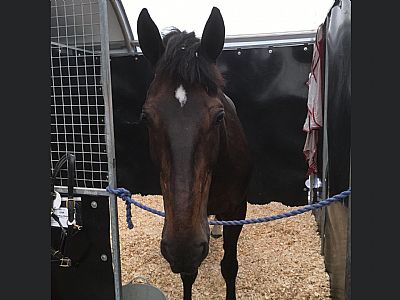 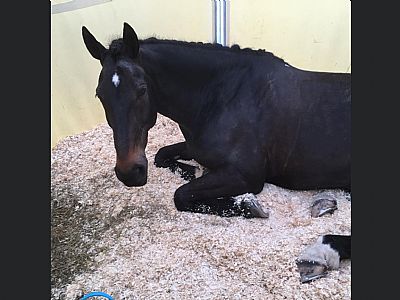 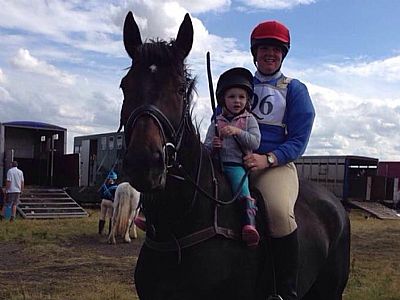 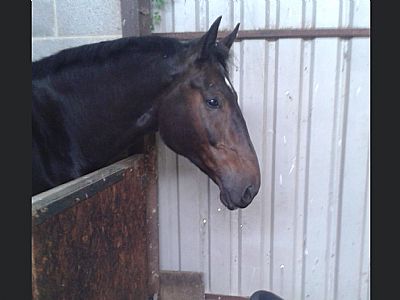 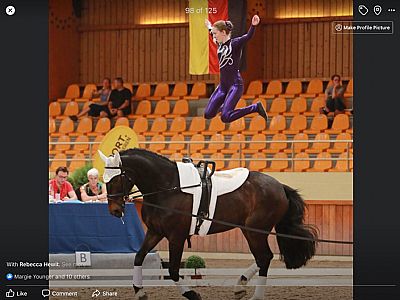