This week’s horse profile from Margaret & Rebecca is Rory

Date of Birth not registered

What he was like as a young pony I only know his history from when he was 6. Kerri who is a vaulter got him as her first pony. He had not been broken long so she taught him everything. He is a very loveable cuddly pony that also has a cheeky streak.

Events he has taken part in

Dressage He has done pony club dressage with his last rider Lilly. He is a smart little pony that judges always marked well.

Show Jumping He is not the bravest jumper but will happily trot round the height of jumps his little riders need to and every so often the naughty streak comes out and he sets off on his own agenda usually the opposite way to the jumps.

Cross Country He has never competed x country but has learnt to jump our log in the field.

Mounted Games He is a complete pro at Mounted games and has been in many teams and competed at the Scottish Horse of the Year show for the last 5 years. He is surprisingly quick at getting up and down the arena

Hunting He had never been hunting until he came to Tamara but he enjoyed 10 days last season and Tamara had great fun on him.

When he came to Sunnyside I was offered Rory when Tamara was born but I felt he would have been wasted.  So he went out on loan to a girl for 5 years which worked perfectly as when she turned 10 he was ready to move again. So, we got him in October 2019.

When he did RDA He has only done a couple of sessions but is a great little person and enjoys the attention. He has a few funny habits one is he always needs to roll when he goes into the arena and if you start running fast beside him, he just gets faster and faster!!!

What he is doing while there is no RDA He has taught Tamara so much in the last few months she is now very confident catering and Jumping and has learnt to put his tack on and take it off and take him to the field and back to his stable. He is such a dude and takes life with little people in his stride. 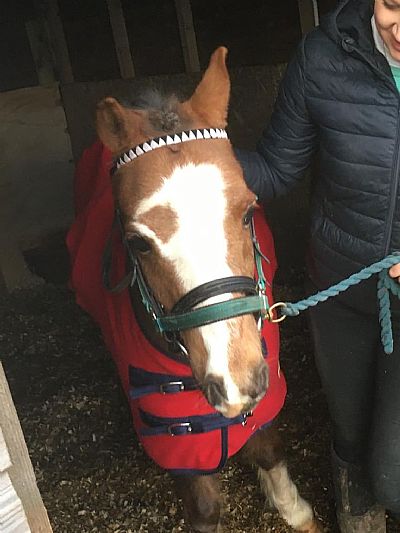 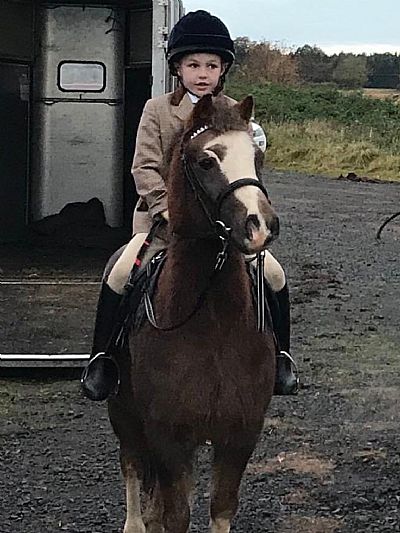 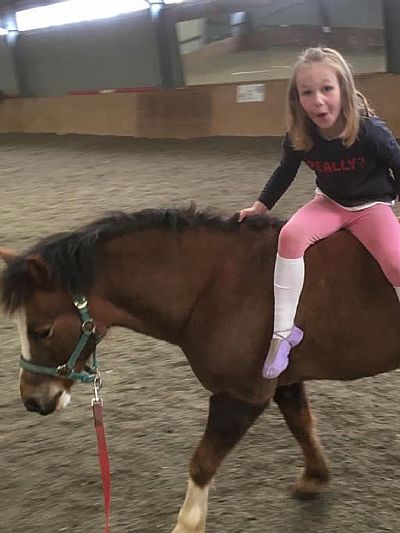 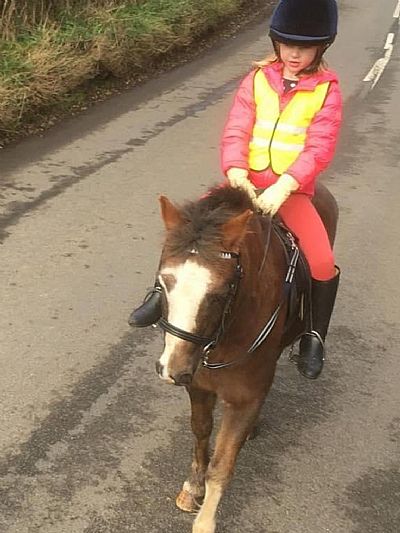 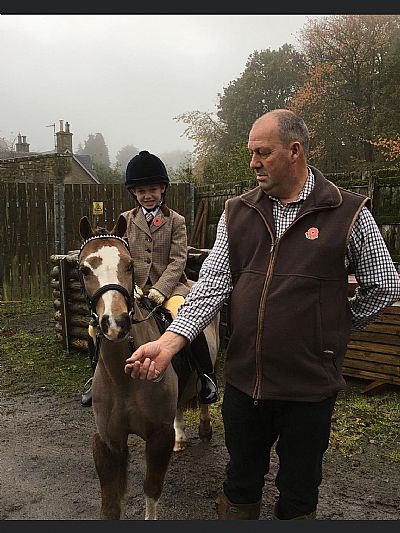