Each of the riding groups held various activities to mark the 2019 end of Summer term.

Below are the Monday group riders with their grade certificates and creative writing rosettes: 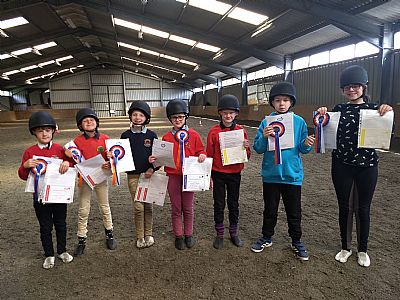 The Tuesday evening riders finished the season with a musical pairs ride, resulting in:

3rd Neil and Sam (who kindly joined in)

The riders also gained certificates for the endeavour award and Sheena collected the Andy Millar Quaich as the most improved rider for the year, emulating her award in 2017.

Thanks to the Judges,  Johanna Wright and Jane Cowan, both founder members of Berwickshire Group in 1982.

Long service volunteers award of 20 years was presented to Janice, whilst Sam got his one year award. 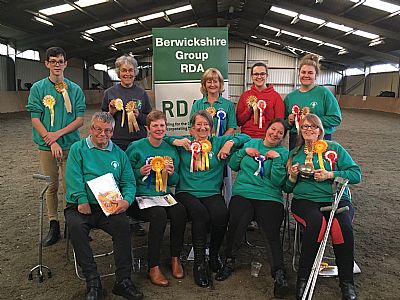 Kim McCutcheon, Chair of Edinburgh and Borders Region RDA handed out vairious awards to Riders and Volunteers alike at the Wednesday morning session. 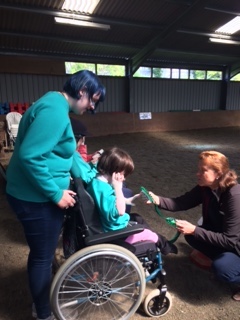 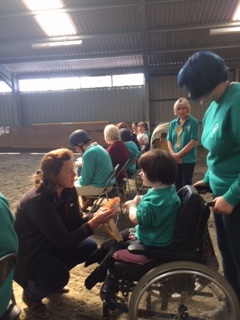 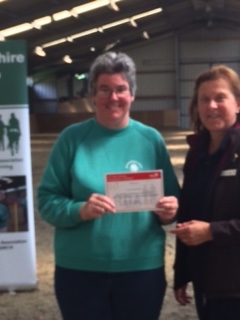 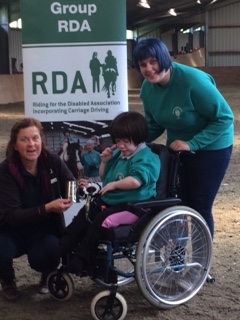 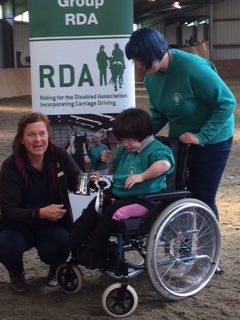 The Thursday Vaulters had a pairs Competition on the Barrel with Compulsories on Pitu.
They also received their Endeavor awards and a RDA  50th Anniversary Rosette. Lynn received her 15 year volunteers certificate and trophy for best volunteer. Hayley won the Tony trophy for most improved vaulter. 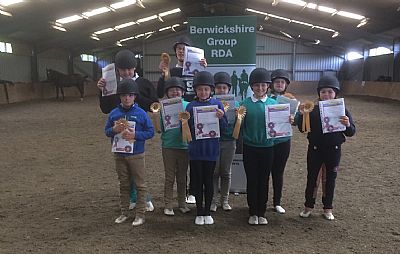 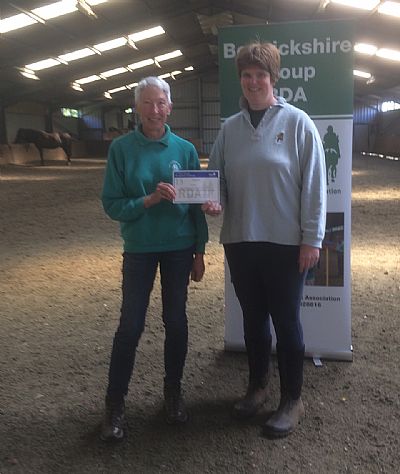 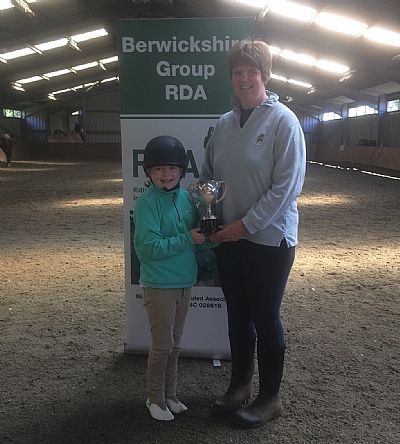 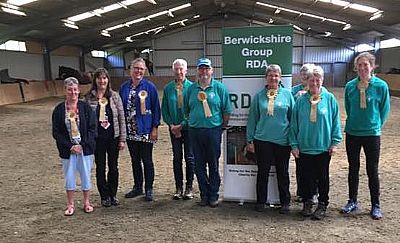 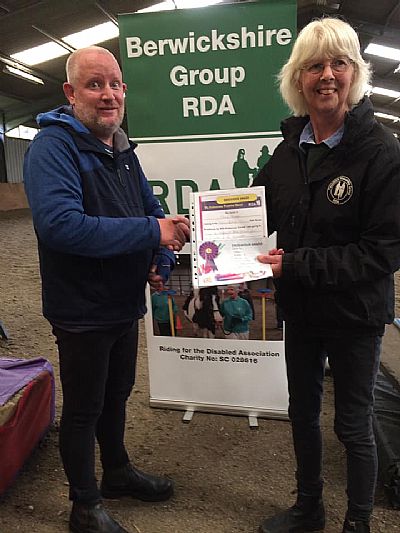 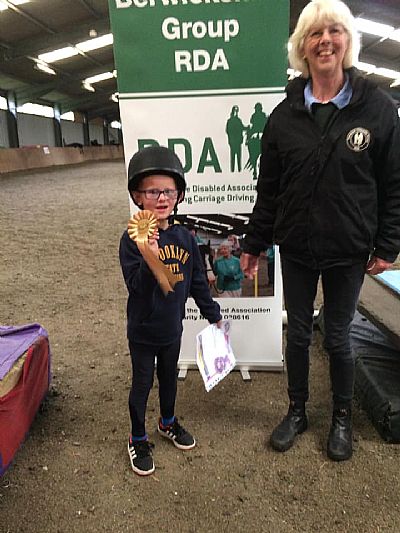 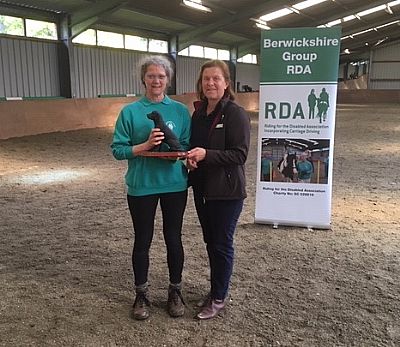 Shelagh took home the Nesbit Trophy for most popular riding horse, who was Baloo 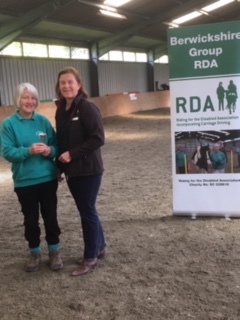 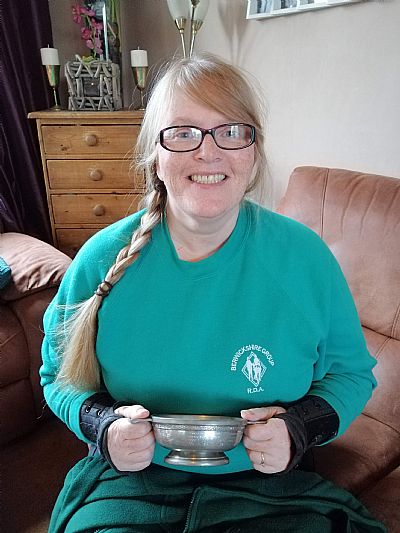 Sheena  Parker was chosen as the most improved Tuesday night rider and is pictured above with the Andy Millar Quaich. 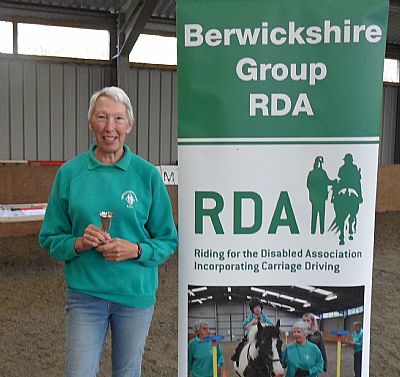 Volunteer of the Year for 2019 - Lynne Blyth