This weeks horse profile is Housten.
Thanks to Margaret & Rebecca for the information.

Where he came from
I had spent all winter looking for horses and something made me look on Gumtree!!! Up popped his advert and we went to see him in February half term 2015. It was very frosty. Henry rode him and we lunged him in a grass field I liked him straight away he was a hairy overgrown pony with plenty quality underneath all the mane and fluff

What was he like as a young horse
I really have no past history on Housty. He had obviously moved around quite a lot by his passport. He was sold to me with a history of being quite nappy and naughty but we have never seen that side of him at all. His only strange habits are he is very aggressive at feed time and hates being in a stable.

Events he took part in and results

Dressage
He has done the RDA dressage competitions a couple of times and has always been very reliable. He has been very well schooled and educated before coming to us.

Show Jumping
We have jumped him a bit in the arena and he really enjoyed it I am not sure if he ever did any competitions, thou.

Cross Country
He has arthritis in his knees so we have never taken him out x country jumping.

Showing
He has never been to the shows as he is a pain to take in the lorry he has to wear hobbles on his front legs to stop him knocking the sides out the lorry.

When he became a Vaulting Horse and where he competed
He started vaulting the night he arrived and went to a competition carrying a team 6 weeks later he was the perfect horse straight away.   He has competed at nearly every national competition since March 2015 and carry's all levels of vaulters form beginners to the top-level vaulters.

When he became an International horse
We took him to the World Champions in Ermelo 2015 as a reserve horse. His first competition experience was an international competition in Ermelo 2016 where he carried 5 individuals and from then I handed him over to Stacey to lunge. He again went as reserve in 2016 to the European Championships. He competed at many cvis through 2016 2017 and 2018. He had his biggest day Carrying Henry as an Individual at the World Championships in Austria in 2017 when Henry vaulted as the character Mr. Bean. He also carried Dallyn from Canada. He has also been Scottish and British Champions many times with individuals. He has always been a very reliable horse and you could guarantee that he wouldn’t get light up or go any different in a competition arena to how he goes at home.

When he came to Sunnyside and began RDA
He came February 2015 and started RDA in the first week he was here.

Hunting
He is very precious so with his dodgy knees we have never taken him hunting.

What he is doing while we are not doing RDA Much to his disgust he is on holiday in the back fields for a change of scenery. He still bangs the gate at feed time. He is very bossy in the field but overall is a very gentle horse who loves attention. 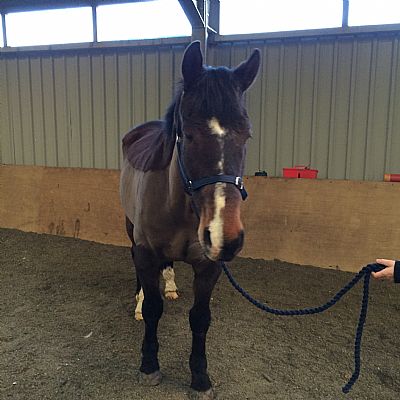 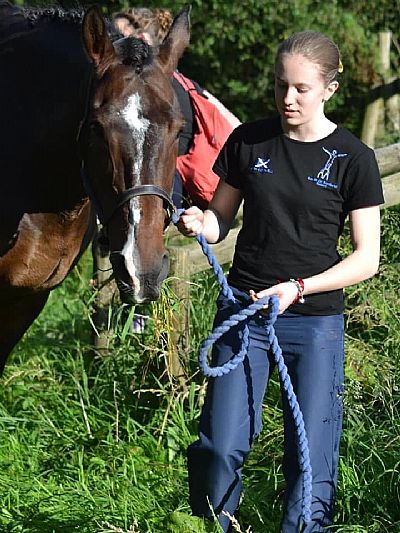 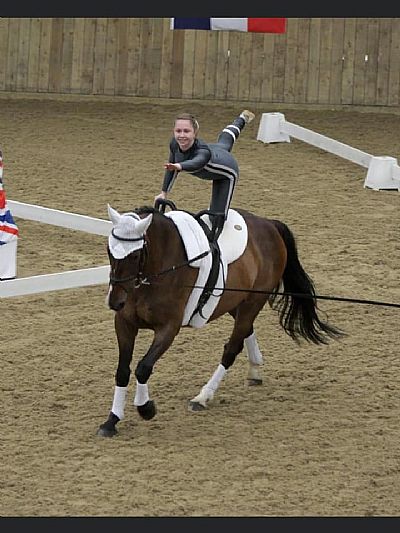 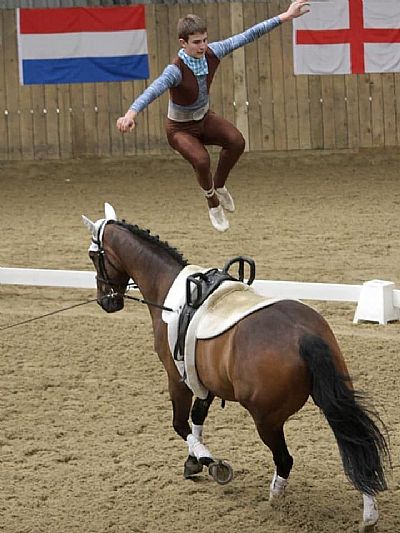 If you wish to adopt Houston, please click here